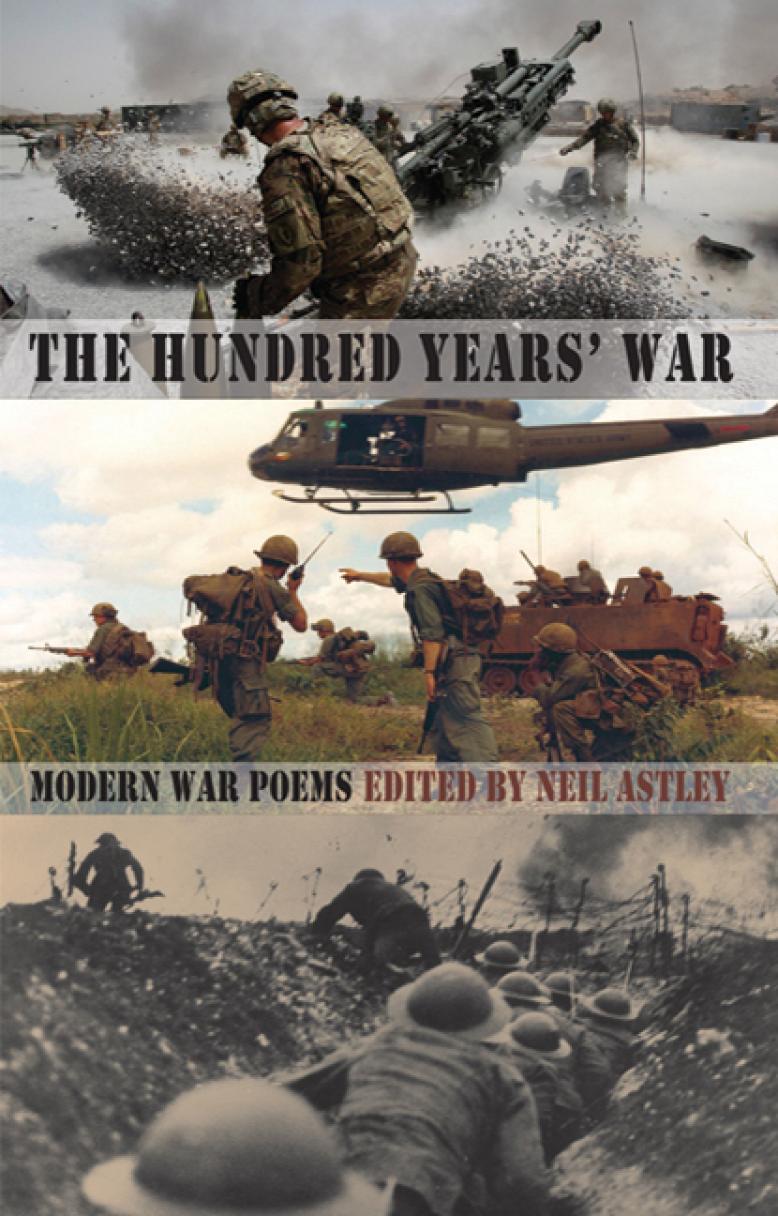 
Are you going to use your intuition over the judgment of professional in other areas? Will you ignore the military leaders if your Spidey sense detects something else? The idea that he should gain any credibility for ignoring the opinions of those responsible and substituting his own is silly. He was wrong to say we should ignore Saddam's refusal to comply with the UN resolutions forcing him to show he had dismantled his programs. It doesn't matter at all whether Saddam did or didn't have any WMD.

He was acting like he did and we did what was needed. We can't let any tyrant stand there with his hands behind his back claiming he threw away the gun we know he had before. Obama has not had any good ideas about the war in Iraq, Afghanistan or anywhere else. He threatened to invade Pakistan, run away from Iraq and redouble efforts to capture and not martyr the already-dead bin Laden.

Now there is a resume for an aspiring Commander in Chief. Afghan Rescue. Obama wrong from the start on Iraq Monday, July 21, Let's put an end to the march Obama and his handlers are attempting to steal about leaving Iraq.

CAP : USMC Combined Action Platoon, which operate like reinforced advisory teams, by living in the hamlets where they operate, patrolling the same area regularly, and training the local militia for coordinated district defense. Casper : slang for someone who always disappears whenever there's work to be done, after the name of the "friendly ghost". CBU : Cluster Bomb Unit, being the general term for different types of combined effect submunitions expelled from a dispenser for use against both hard targets and soft targets.

CEP : Communications EarPlug, being a baffle device within an expanding foam earplug that dwells in the outer ear canal so as to provide hearing protection, which is especially useful around loud or sharp noises, while miniature transducers enable clear voice communications without interruption; developed in , this unit may be combined with circumaural headphones "mouse ears" for increased sound attenuation.


CEPS : Communications Enhancement and Protection System, being a combination of highly sensitive microphones, micro-circuitry and the communications earplug to create a device, suitable for both aviation and ground operations, which enhances sound detection and localization, improves face-to-face communications, and provides hearing protection for impact and continuous noise, and rapid cut-off and recovery during weapons firing.

CERP : Commander's Emergency Response Program; a federal funding program that underwrites humanitarian relief and reconstruction in conflict zones of Iraq and Afghanistan. C4 : Command, Control, Communications, and Computers. C-4 : Composition C-4, being the fourth variant in the Composition C formulation; a very stable, malleable, and lightweight plastic explosive that has been widely used because of its high potency, great versatility, and easy portability.

CG : Commanding General. Unlike the abaya, this enveloping overgarment is sometimes worn unfastened in the front. Chag HaMatzot : the Festival of Unleavened Bread, or the Feast of Unleavened Bread, following directly after the Passover holiday, when no prohibited fare chametz may be consumed or possessed for seven days.

This holy week of dietary restraint represents an observant response to the redemption of the Lord. Chaharshanbe Suri : the Festival of Fire, marking the importance of the light over the darkness, the arrival of spring, and the revival of nature, as observed on the last Wednesday in the Persian calendar year. In Mid-Eastern culture, anything that's not kosher for the Passover holiday, as food prepared with leavening; the search for inappropriate fare bedikat chametz is contrasted with the covenant of salt.

Also, a private or secluded place for prayer or worship; a small independent church-like structure dedicated to special religious services. Also, the teaching of a Jewish sage. Also, a hookah or other water pipe adapted for smoking marijuana. Also, the tobacco or the substance itself to be smoked. Chinook : large Boeing CH twin-engined cargo and transport helicopter with a rear loading ramp and side access doors, which has been operational since ; also called 'Hook or shit-hook.

Also, stingy, miserly, or niggardly. Christianity : the beliefs and practices of the Christian religion, including the Catholic, Protestant, and Eastern Orthodox churches; those conditions held by adherents to be a fulfillment of prophecies in the Old Testament regarding the coming of a Messiah in the person of Jesus of Nazareth. Also, pertaining to the quality or character advocated by the teachings of Jesus Christ, or the religion based upon those teachings in versions of the New Testament.

CHU : chew; not c-h-u Containerized Housing Unit, being a mobile and stackable shipping container that's been converted by the addition of flooring, insulation, electricity, window, and air vent into living space for military personnel; when equipped with an en suite bathroom, it's called a 'wet CHU', and when arranged in clusters, the neighborhood is called 'CHUville'. The unarmored CHU is a larger, cleaner, and more comfortable alternative to living in a tent or hutment.

Also, the whole body or any major division thereof of Christian believers; Christendom. Also, to remove the external genitalia ie: labia, prepuce, clitoris of a female, especially as a religious rite. Also, a church festival observed on the first day of January that honors the brith of Jesus of Nazareth. Also, to purify spiritually. CLZ : Contingency Landing Zone, being the fallback alternative or tertiary reserve site to be utilized after discovering that the primary and secondary areas are unavailable or unusable.

CO : commanding officer. Also, abbreviation for 'company', being a military organization sized between a platoon and a battalion that contains about servicemembers, depending on its mission, and is typically commanded by a captain. Coalition : a temporary alliance between parties or states for the accomplishment of a shared mission; to wit, the allies that are cooperating in the Gulf War and the Global War on Terrorism GWOT operations. COCO : Contractor Owned Contract[-or] Operated, being the "privatized" agencies or companies which fulfill military or governmental functions, especially merchandise and maintenance; also known as "Civilian Owned Civilian Operated" or "Commercially Owned Commercially Operated". 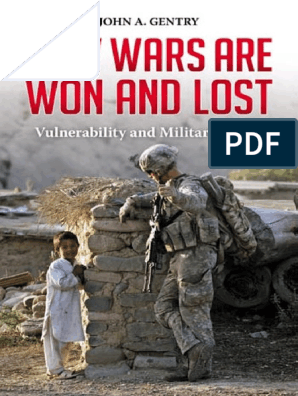 Also, the presentation of a unit, operational, or special event coin as a token of comradeship or recognition; such coins are usually not serial numbered or otherwise personalized. With the increased popularity of novelty coins, both authentic and imitative, they have lately been presented as 'calling cards' by high-ranking military members and senior government officials since the beginning of the Global War On Terror GWOT.

When terrorists, guerrillas, and Insurgents have sought to limit counterterror, counterguerrilla, and counterinsurgent responses by increasing the moral and political criticism of overkill and so-called "over-reaction", this expression along with 'mushrooms', for their tendency to pop-up anywhere, and 'lambs', as "to the slaughter" became a catch-phrase for 'civilian casualties' Also, any damage incidental and inferior to a predominant activity.

Comoro Islands : a group of islands in the Indian Ocean between northern Madagascar and east Africa that was formerly an overseas territory of France; now divided between the Comoros and France. COP : Combat OutPost, being a small platoon- or company-sized base situated in a hostile area, serving both guard and patrolling duties. Also, an Afro-Asiatic language descended from ancient Egyptian, largely extinct as a spoken language since the 16th century, but surviving as the liturgical language of the Coptic Church. Coptic Church : the native Christian church in Egypt, governed by a patriarch, characterized by an adherence to monophysitism, and to the use of the Coptic language in its liturgy.

COSR : Combat and Operations Stress Reaction, being a diagnostic classification of dysfunction induced by hostile action or hazardous duty; a non-disabling condition that's amenable to alleviation by various treatment modalities. Cougar : a landmine- or bomb-resistant vehicle that's larger than the Humvee but less flexible and more expensive, utilizing a capsule design that was imported from South Africa in , which protects passengers and key vehicle components from explosions, shrapnel, and small arms fire; the 4-wheel 7-ton Cougar carries ten passengers, and the 6-wheel ton Cougar carries sixteen fully equipped troops.

Coyote : an expendable aerial surveillance drone using an electro-optical camera that can remain on station up to 90 minutes, and may be variously deployed to operate up to 20,feet above ground level using X-wings and battery power. CP : Command Post. Also, Check Point, which is usually numbered. CQ : abbreviation for Charge of Quarters, being an enlisted duty assignment posted in the orderly room when all company-grade NCOs and officers are off-duty. Also, an abbreviation meaning Call to Quarters.


Also, a MarSpeak abbreviation for Command Quarters, being the place where company-level administration is conducted. Crusader : a Christian soldier from Europe who, under papal sanction, sought to recover the Holy Land from the Muslims by military expeditions during the medieval era; identified as "cross-holders" by the saracens, this term has been used in recent times to designate any martial opponent of Islam, Islamism or Islamofascism.

Also, any vigorous adherent, advocate, or proponent on behalf of a cause. CSH : cash Combat Support Hospital, or Combat Surgical Hospital, being the intermediate level medical facility which replaces the functions of an evacuation hospital. CT : Counter-Terrorism, being the use of offensive and defensive stratagems, including terror tactics against terrorists, revolutionaries, religious fanatics, and other sociopolitical radicals; also known as anti-terrorism AT. C3 : Command, Control, and Communications. C2 : Command and Control. Also, to cook or flavor food with curry powder or any similar combination of spices; as derived from 'sauce' [Tamil kani].

Dahna : an area in the northeastern Rub' al Khali desert that comprises a region of eastern central Saudi Arabia. Damascus : the capital of Syria, in the southwestern part; it's reputed to be the oldest continuously inhabited city in the world. DAP : Deltoid Auxiliary Protection, being supplemental shoulder armor, including additional Kevlar side armor without ceramic plates, that's primarily issued to automatic weapon gunners to help prevent shrapnel injuries. DAR : Designated Area of Recovery, being a specified geographical location from which surveillance, reconnaissance, or other special operations teams may be extracted by air, boat, or other means as a result of enemy contact or mission failure.

Dardanelles : the strait 40mi between European and Asian Turkey that connects the Aegean Sea with the Sea of Marmara; known in ancient times as the Hellespont.


Dari : the Persian language, as spoken in Afghanistan. DCI : senior administrator and coordinator of America's foreign intelligence programs. This expression was adopted from the sci-fi movie The Last Starfighter , wherein a solitary spacecraft is able to single-handedly wipeout an entire armada! Specially minted unit coins, including novelty coins eg: hunting club, varmint license, 72 virgins dating service, etc , have also been left as macabre calling cards during Operation Iraqi Freedom and the Global War On Terror GWOT campaign, despite the official prohibitions against such "insults".

Devil's garden : slang for a minefield. Also, slang reference to the inhospitable desert; also called 'sand land', 'camel land', and the 'sandbox'. DFAC : dee-fak Dining FACility, being the modern military designation for a place to eat meals, often decorated with memorabilia and Americana; a refectory. Also, each set of passages from the Koran so chanted, with its accompanying ritual; as derived from 'recitation'. Also, slang for any NavPers serving in a non-traditional role ashore.

Dis : in Mid-Eastern mythology, a god of the underworld; also called 'Dis Pater' and equivalent to the ancient Greek god Pluto who ruled the underworld. Also, a long cushioned seat, usually without arms or back; placed against a wall in Oriental countries. Also, a collection of poems, especially a collection by a single poet in Arabic or Persian; as derived from "booklet".